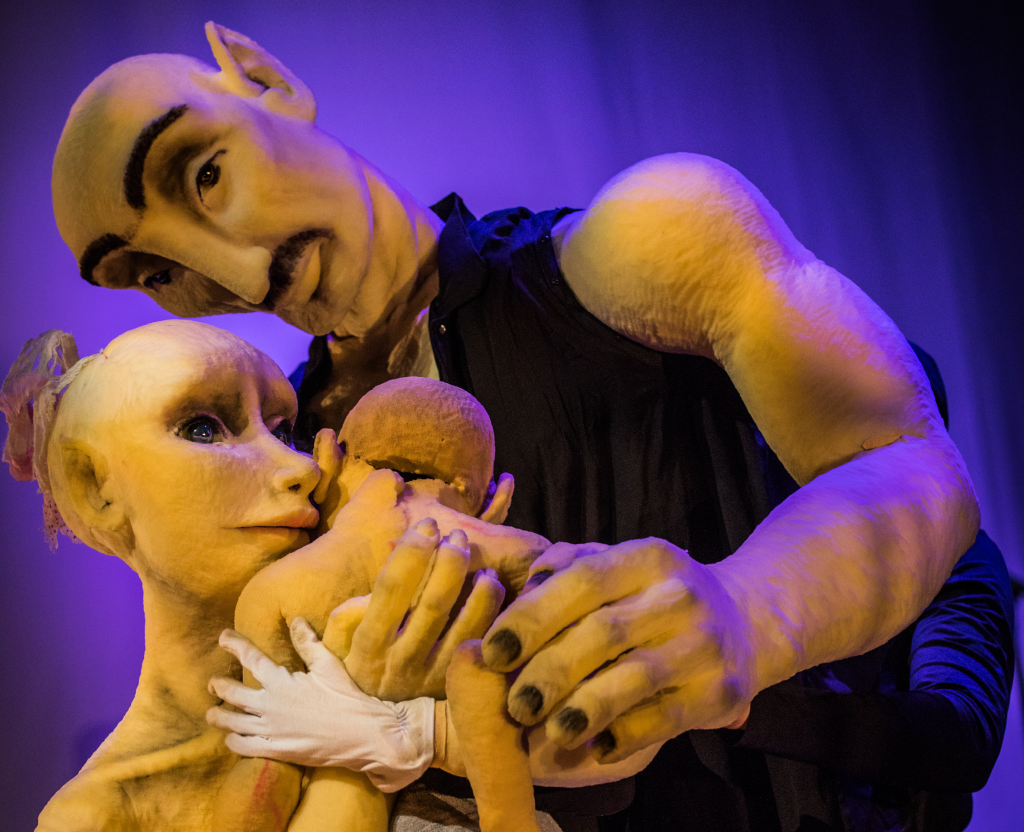 The Fairy Queen
Purcells semi-opera for the young ones (8+)

In the season of 2017/2018 the Duda Paiva Company and the Dutch Wind Ensemble created The Fairy Queen. A critically acclaimed production.
In 2018/2019 The Fairy Queen will return to the stage in a specially designed new edition suitable for the whole family.

De Sprookjeskoningin is a festive weaving of the beautifull music of Henry Purcel – now played by 7 Young Dutch wind ensemble musicians – and the absurdly comical and sometimes sinister universe of Duda Paiva Company’s puppets. Together they will shape a modern view of the fairy tale of Titania and Oberon from Shakespeare’s ‘A Midsummer Night’s Dream’ and their longing for real love.

Sung in English, spoken in Dutch.