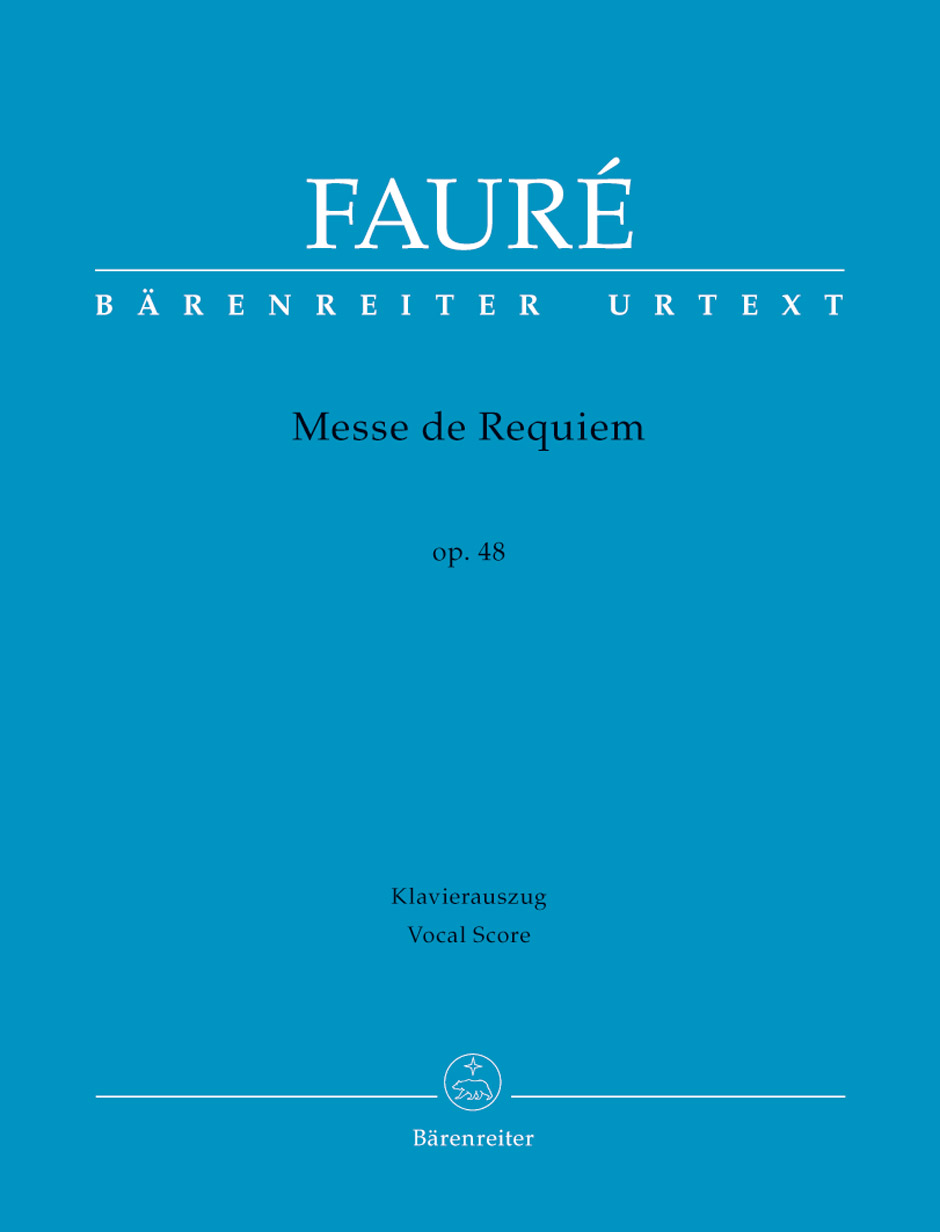 ‘’Gabriel Fauré composed his Requiem in D minor, Op. 48, between 1887 and 1890. The choral-orchestral setting of the shortened Catholic Mass for the Dead in Latin is the best-known of his large works. Its focus is on eternal rest and consolation. Fauré’s reasons for composing the work are unclear, but do not appear to have had anything to do with the death of his parents in the mid-1880s. He composed the work in the late 1880s and revised it in the 1890s, finishing it in 1900.
In seven movements, the work is scored for soprano and baritone soloists, mixed choir, orchestra and organ. Different from typical Requiem settings, the full sequence Dies irae is omitted, replaced by its section Pie Jesu. The final movement In Paradisum is based on a text that is not part of the liturgy of the funeral mass but of the burial.
Fauré wrote of the work, “Everything I managed to entertain by way of religious illusion I put into my Requiem, which moreover is dominated from beginning to end by a very human feeling of faith in eternal rest.”[1]
The piece premiered in its first version in 1888 in La Madeleine in Paris for a funeral mass. A performance takes about 35 minutes.’’